Drishane House has been the home of the Somerville family for nine generations, or nearly 250 years. Thomas Somerville built the house around 1780 in classic Georgian style, its elevations hung with purple Benduff slate and surrounded by park-like gardens with mature trees, including several rare specimens. Situated at the top of the hill, with fabulous views of Castlehaven Bay and the point, he could keep an eye on the progress of his fleet of merchant ships that traded with America.

The house has changed slightly over the years, adjusting organically with the demands of family life. The front door moved from the east to the north wall in 1820. Someone added a French door to the southern aspect in 1901. An American admirer wanted Edith Somerville to have her own bathroom upstairs so a room supported on stilts was added to her bedroom. There has been some sensitive modernisation to bring the house into the twenty-first century, but the swags above the curtains in the dining room date from 1820. Some rooms still bear their 1830s wallpaper (including the octagonal study), and there’s still a chamber pot hidden behind the shutter in the dining room, where the portraits of past family members look down benignly. 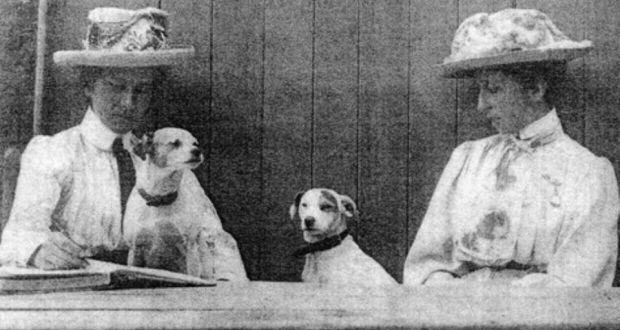 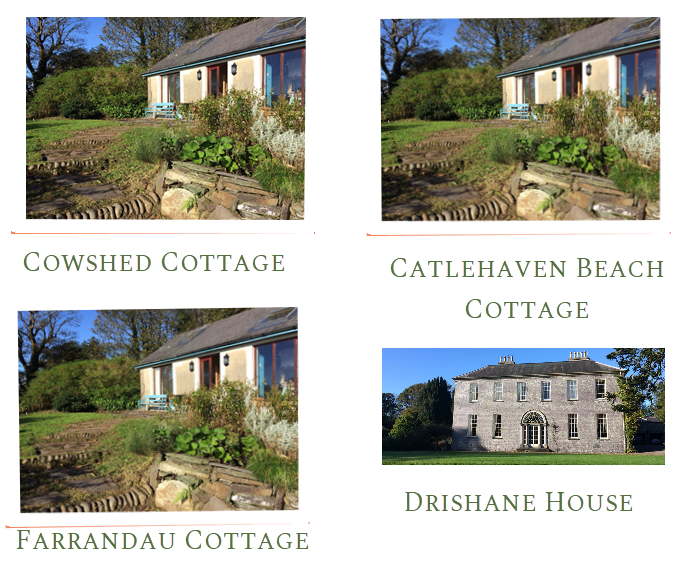